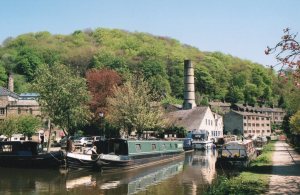 Hebden Bridge is a small town in the Pennines, located near the boundary between Yorkshire and Lancashire. It is built in the Upper Calder Valley, a quite narrow valley which forms a pleasant natural site. Hebden Bridge is crossed by river Calder and by Hebden Beck and Rochdale Canal. It is a former mill town and it mostly dates from the Victorian era. In contrast with many other mill towns in Yorkshire, it did not decline when factories closed, but it became instead a fashionable place to live in. It is especially popular with New Age communities who enjoy its green surroundings, its alternative atmosphere and independent shops.

Hebden Bridge has a train station on the Leeds to Manchester line. It is around 9mi away from Halifax.

The town is very typical of the Pennine mill town, with its former cotton mills and its small terraced houses. However, the atmosphere in Hebden Bridge is quite different from the usual mill town – it is much less deprived and it has a quaint feeling.

The town centre is cute, with small bridges over the canal, small shops and restaurants. There are no major landmark to see or museums to visit, but there is plenty to do for nature lovers – it is very easy to find a footpath to leave the town and explore the countryside. 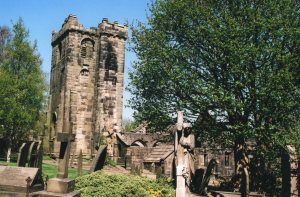 1mi north of Hebden Bridge, the village of Heptstonstall should not be missed while visiting the area. It stands on top of a hill, and it forms the original local settlement; the population moved down to Hebden Bridge when industry started to prosper. Heptonstall is very typical of the Yorkshire villages. It was built with local dark stone and it is surrounded by fields enclosed with dry stone walls. 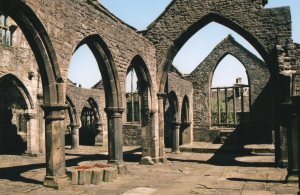 Heptonstall is known for its octagonal Methodist Chapel, which was built in the 18th century. It also has a nice ruined church, St Thomas a Beckett, which stands in the graveyard. It dates from the 13th century and it was destroyed by a storm in 1842. The locals decided to rebuild a new church some yards away, but they also kept the beautiful remains of the old church. There is a small local museum, free admission, open on weekends from March to October, see website. 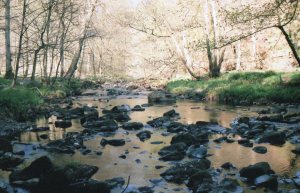 Hardcastle Crags is a National Trust property located at the bottom of a small valley just below Heptonstall. It is the highlight to a day out in Hebden Bridge because it is a truly enchanting natural site. Entry is free although visitors need to pay for the car park. It is also reachable by foot from Hebden Bridge. The site was nicknamed the ‘Switzerland of Yorkshire’ in Victorian times and it is easy to understand why – it is set in a narrow and rocky valley in which runs Hebden Beck. There is plenty to explore and it makes a great afternoon out. 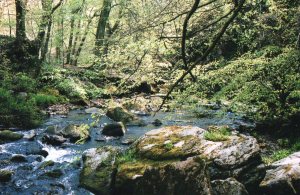 The site is famous for its ‘crags’ – big boulders which form small cliffs around the stream. Halfway to the bottom of the valley there is Gibson Mill, a former factory which was built around 1800. In Edwardian times, it served as an entertainment emporium, with a ballroom, refreshment kiosks, a roller-skating rink and so on. There is an exhibition about the history of the mill inside, paid admission, see website for more details.