The Yorkshire Sculpture Park (YSP), also known under its original name – Bretton Park – is a park dedicated to contemporary art which is located in the grounds of a former stately home. 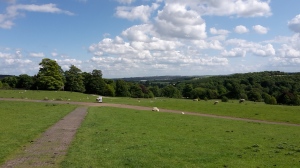 The Yorkshire Sculpture Park is part of the so-called Yorkshire Sculpture Triangle, which also comprises The Hepworth in Wakefield and the Henry Moore Institute in Leeds. The three locations are dedicated to contemporary sculpture, and they were founded as a legacy to two major English sculptors, Hery Moore and Barbara Hepworth, who were born in the area. Access to the park and its gallery is free, but the car park is pretty expensive (it helps fund the charity responsible for the park). It is located close to the M1 so it is very easy to reach from Wakefield, Leeds or Sheffield. It is also possible to come by bus, with line 96 which runs between Wakefield and Barnsley. 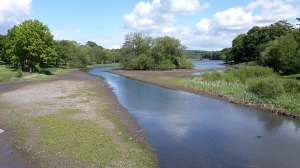 Although it is dotted with many contemporary statues and art installations, the park has retained its original features. It was designed in the 18th century and it is typical of the great English landscaped garden. There is a large lake and many areas to explore.

The house, called Bretton Hall, still stands in the middle but it is not open to the public. It was built in the 18th century and it served until recently as teacher training college. Several other buildings are of interest, such as the grand 1807 gatehouse or the 1830 stables.

Although part of the sculpture displays are permanent, there are many temporary exhibitions in the park. There is also a restaurant and an indoor gallery.

Around the Yorkshire Sculpture Park: