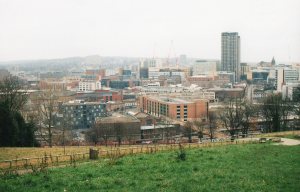 Sheffield is one of England’s biggest cities and it forms the second urban area in Yorkshire after Leeds. Probably because its football team is not the most successful, Sheffield is not as widely known abroad as Manchester or Liverpool. It was however one of the birthplace of football, Sheffield FC being the oldest club in history. The city is also synonymous in England with knives and steel, because it grew from iron and silver working. It was a leading place for metal processing in the Industrial Revolution, but the local industry has faded since then. The Full Monthy, one of the most popular English films, was set in Sheffield just after most of the steel mills had shut down. 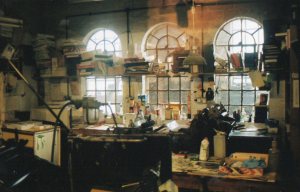 Although it already existed in the Middle Ages, Sheffield, just like Leeds or Manchester, is mainly a daughter of the Industrial Revolution. Although many have closed, it still has some steelworks as well as smaller culters and silverware manufacturers. Because of deindustrialisation, Sheffield is now experiencing redevelopments and regeneration. Its two universities, the University of Sheffield and Sheffield Hallam, bring a young and dynamic population into the city. 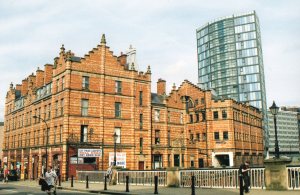 Although it may seem grim in places, Sheffield is a very green city. There are many large parks and tree-lined streets, while the Pennines and the Peak District are just a few miles away from the centre. The city is said to lie on seven hills, just like Rome, and from many places it is possible to see green landscapes in the horizon. Sheffield is quite remote from the rest of Yorkshire and it is partly turned towards the Midlands. Its area is historically known as Hallamshire, although it has never been a county in its own right.

Bank St, behind the Cathedral.

See the Museums in Sheffield page.

Sheffield has its own tram network, which is great if you compare it to Leeds which does not have one. It is called SuperTram and it is made up of three lines, each named after a colour – yellow, purple and blue. There is also a black line, which is actually a tram-train which goes on tram tracks as well as on classical train lines. The network is pretty dense, going as far as Meadowhall (the main shopping area) and Rotherham. Tickets are directly sold onboard by staff. Tarification varies according to distance. 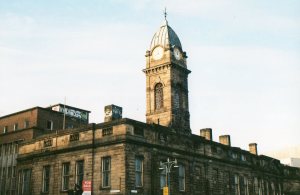 There is also a bus network which is served by two companies, First and Stagecoach. Tickets for single journeys can be bought from the driver and each company also has special passes. Transport throughout Sheffield and South Yorkshire is overseen by Travel South Yorkshire which provides journey finders as well as daily, weekly, monthly or annual passes available in different areas (TravelMaster).

Several festivals take place in Sheffield. In June Doc/Fest is one of the world’s largest documentary film festival. In July, Tramlines is a music festival which mainly hosts national and local artists. Sensoria, dedicated to music and video, and Off The Shelf, which is a litterature festival, both take place in Autumn. In November, there is a large fireworks display called After Dark, and then in December a Christmas Market takes place in the city centre. 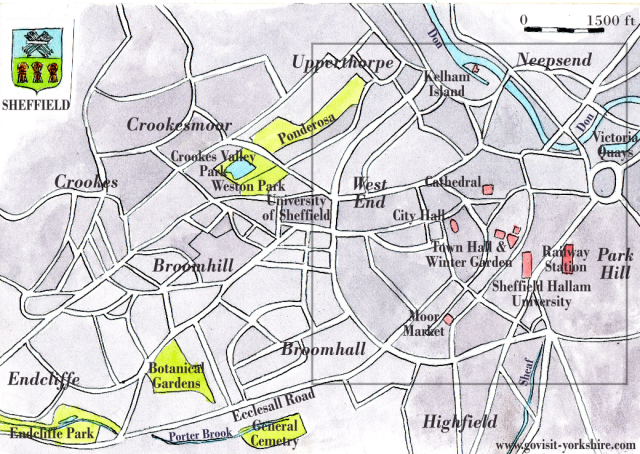