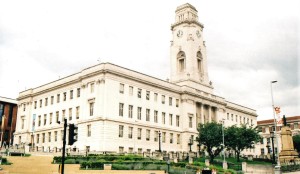 Barnsley is one of the largest towns in South Yorkshire. It is right at the heart of a former industrial area, which until recently lived by coal extraction and glass production. Although it is not big as before, glass making is still present in Barnsley, but all the collieries are now closed. 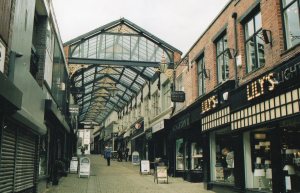 As with most industrial towns in the region, Barnsley mainly developed in the Victorian era. The town centre is not as nice as in some other towns because it was largely disfigured in the 1970s with the addition of many concrete blocks. The Town Hall, a 1930s Art-Deco building, is Barnsley’s only real landmark. There is also a small Victorian shoopping arcade. 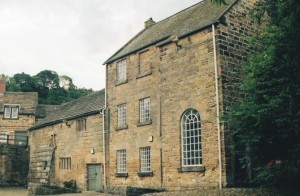 Outside of town, 2 mi from the centre, there is a nice lake, called Worsbrough Reservoir. It was created to power Worsbrough Mill, which dates from the 17th century. It was extended in the 19th century to match the industrial innovations of the time. Visitors can go inside and see all its gears being powered by the water wheel (free entry, website).

Monk Bretton Priory, a ruined medieval priory, is also in the vicinity.