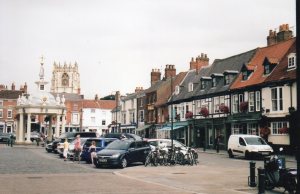 Beverley is without any doubt one of the nicest towns in Yorkshire, and even though it is quite small, one of the richest in terms of heritage. It is 10 mi north from Hull, in the middle of the East Riding plains.

Beverley is mostly known for its Minster, a Gothic church whose dimensions equal that of a cathedral. There is however much more to see, including a delightful Georgian old town. All this helps Beverley to be regularly cited as one of the most pleasant places to live in the UK, 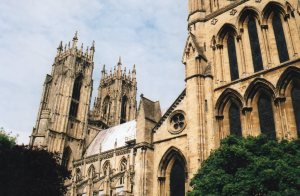 The Minster is located quite outside the pedestrian area, south of the old town. It is encircled by a sort of a former religious precinct, and it is bordered by a large field on its south side. It is one of the largest parish churches in England, and it is bigger than many cathedrals across the country. It was founded by St John of Beverley around 700 AD, and it became a place of pilgrimage after his death. His remains are still said to be buried in the church. 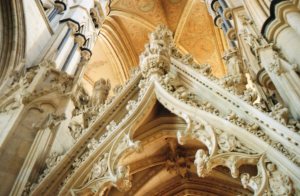 The building as it is today mainly dates from the 13th century. The slender west towers are just exquisite, and they are said to have inspired the ones at Westminster Abbey. They are a great example of Perpendicular Gothic. The interior is rich in sculture.

Near the Minster, there are the remains of the 15th-century Friary, a former Dominican convent which now houses a hostel. 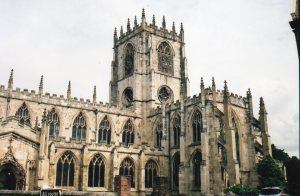 At the other end of the old town, St Mary’s Church may not be as big as the Minster, but it is still worth a visit. It is still quite massive, and its Gothic architecture is quite impressive. Inside, do not forget to spot the scupted rabbit, which may have inspired Lewis Carroll’s bunny for Alice in Wonderland. The church is located close to North Bar, a gate built in 1409 and the last remnant of the town’s walls. 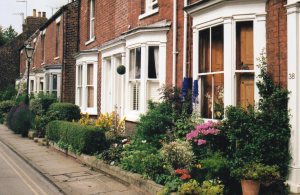 Apart from these few medieval landmarks, Beverley Old Town mostly dates from the Georgian era. It shows every feature of the English market town, with its large squares, its former coaching inns, its ornate 18th-century Market Cross and its small pedestrian streets full of independent shops. 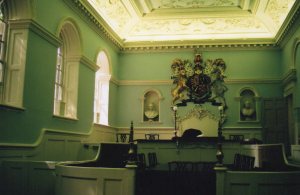 One of the most interesting Georgian buildings in Beverley is the Guildhall, built between the 17th and 18th centuries. It used to serve as a town hall as well as a court of justice. It is open to the public every Wednesday and Friday and visitors can see the courtroom as well as several stately rooms. See the website for more information, free entry. 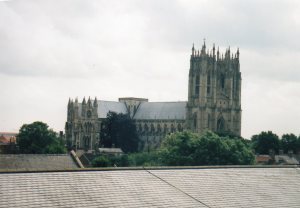 Beverley has its own museum, to be found in the Treasure House. This modern building also houses the library, and visitors can climb the stairs up to the summit of the tower, where they can hav a view over the town. The museum is rather small, with a gallery of paintings and a part dedicated to the East Riding (archeology, history, culture). Free entry, website.