Pocklington is a small town in the East Riding, principally known for the Burnby Hall Gardens which lie just outside the centre. The old town is equally pleasant, with typical little streets. Pocklington is located at the foot of the Yorkshire Wolds, some 13 miles east of York, on the road to Hull and Beverley.

The town’s train station closed in the 1960s, but it is served by several bus lines, including the 45, 46, X46 and X47 lines which connect York to Beverley and Hull. 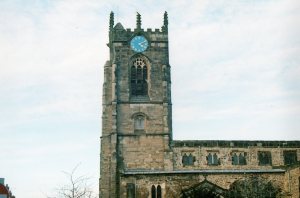 While English market towns usually revolve around one single market square, Pocklington does have several little intricated squares. The church, which is quite massive, dates from the 12th-13th centuries. It is a good example of Perpendicular Gothic. 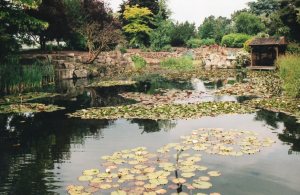 Burnby Hall Gardens was once part of a big estate, revolving around a mansion which now serves as the local registration office. Before being donated to the local council in 1964, the gardens were owned by Major Stewart, an aristocrat and officer who travelled the five continents in the turn of the 20th century.

The Major and his wife brought back many artefacts from their travels around the world – stuffed animals, African statues and weapons, artworks from China, India and the Pacific. Their collection encompasses almost every part of the planet, from Canada to the Far East and Australia. It is now displayed in a building on the outskirts of the garden. It is worth a look for it recreates the spirit of the British colonial adventure, and for it shows the vision the British had on the rest of the world at that time.

The gardens as they are now were entirely designed by the Stewarts. They span around two lakes, which host England’s largest collection of water lilies and a big number of carps. The estate also comprises a rock garden, flower beds, a rosary, a stumpery and a Victorian garden.

The gardens are open all the year round and the price of entry vary according to seasons. in winter, entrance is free on weekdays and fees are reduced on weekends. In summer, full-price entry is at £5.50 every day. See the website for more information.

Back to East Riding page