Kilnwick Percy Hall is a former stately home located near Pocklington in the East Riding. It was a private property until 1980, but it has since been transformed into a Buddhist meditation and spiritual retreat centre. It is now known as ‘Madhyamaka Kadampa Meditation Centre’. 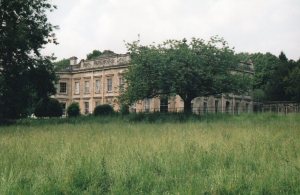 Replacing a former Elizabethan manor, the present building dates from the 18th century and it is Neoclassical in terms of architecture. However, the grand portico with its ionic columns was only added in 1845. The estate was sold many times through its history, and each family never stayed there for very long. During the Second World War, it experienced the same fate as many English country houses – it was requisitioned by the army and it became so dilapidated that almost half of the building had to be demolished in 1947. Kilnwick Percy Hall then lost its symmetry.

Although it is a working Buddhist place of worship, the estate is open daily to visitors, who can freely explore the grounds and a few rooms inside the hall. These rooms include the stately rooms, which have been converted into prayer spaces.

Even if the hall has lost much of its majesty, the grounds are still a beautiful place to discover. They include a lake, meadows, a small church, woods and a charming walled garden. Considering it is open to visitors for free, the estate is well looked after. It is a very good example of the 18th-century English park. 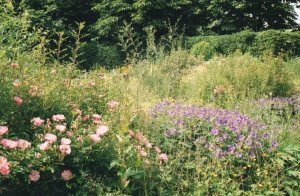 The estate is open every day from dawn to dusk. It is possible to attend a guided tour for a fee on one Sunday per month (see on the website). There is no public transportation, but Pocklington is just 1.5 mi away.